eSUN-Yomikaki introduces more than 800 kanji characters used in eSUN. Stroke-order, explanation, and pronunciation for each character can be practiced by typing, listing to examples, and using printable worksheets.

The Japanese writing system uses three different sets of characters: Katakana, Hiragana and Kanji (Chinese characters). Each Katakana and Hiragana character represents one sound, and must simply be memorized. Kanji, however, is pretty challenging. The difficulty lies in how to read the Kanji, as most of them have at least two readings. These two readings are called the On reading (based on the original Chinese sound) and the Kun reading (a Japanese word corresponding to the character's meaning). In addition, there are a large number of words made up by a combination of two or more Kanji. By studying both eSUN and eSUN-Yomikaki you will understand the characters as efficiently as possible.

Katakana is predominantly used when expressing foreign names and loanwords. It is, therefore, presented at the beginning, so that you can relate the characters with your familiar words and see how the original sound is distorted when used as Japanese. 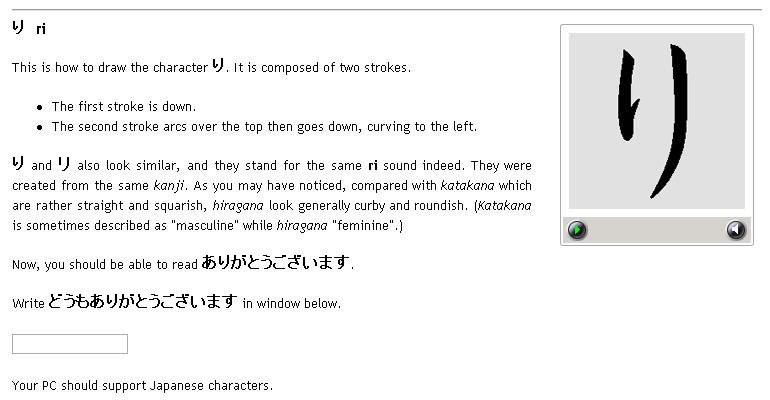 Core parts of Japanese verbs, adjectives and nouns are usually written in kanji but their inflecting parts are written in hiragana. Hiragana is also used for instrumental words such as particles, prefixes, suffixes, etc. 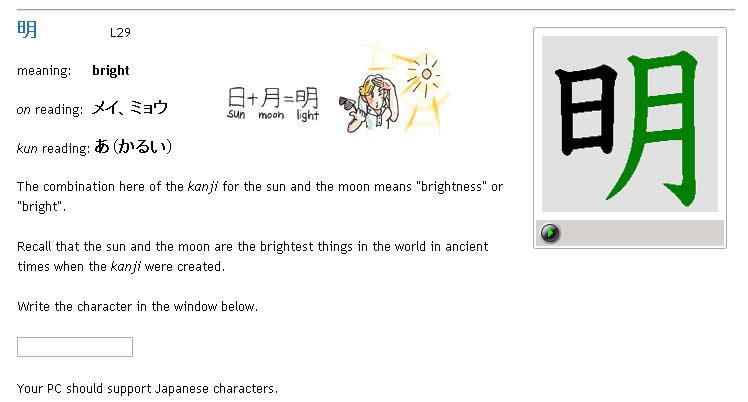 Here we introduce all the Kanji introduced in eSUN. By studying eSUN, you will know the pronunciation of each character which will help you memorize each character in an efficient and effective way.